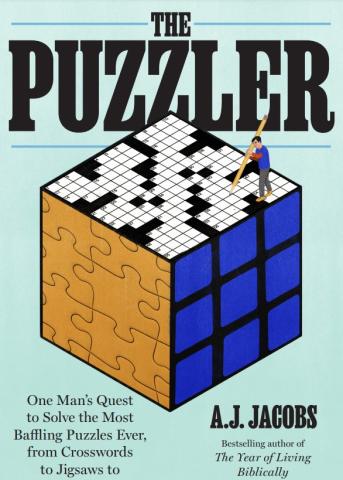 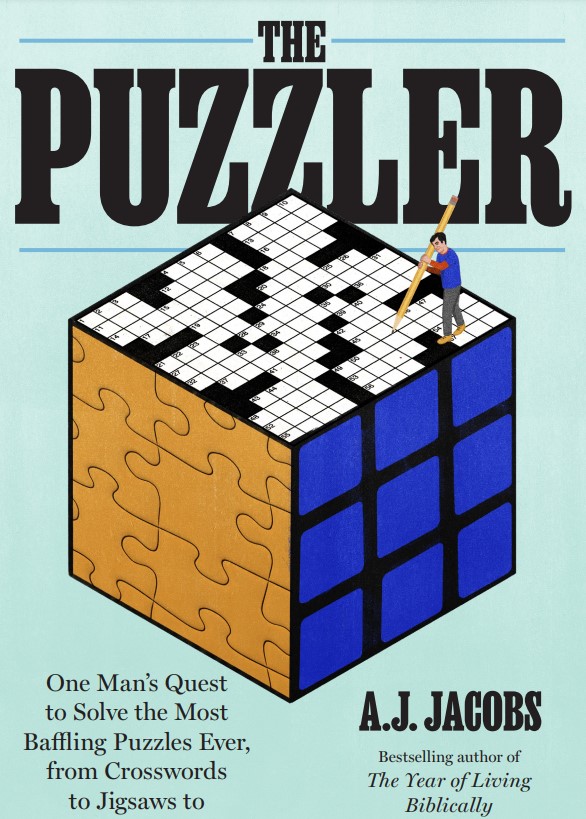 Darien Library, in partnership with Barrett Bookstore, welcome author A.J. Jacobs in discussion of his book, The Puzzler: One Man's Quest to Solve the Most Baffling Puzzles Ever, from Crosswords to Jigsaws to the Meaning of Life.  In his new book, Jacobs has turned to his greatest passion: puzzles. For two years, he lived within the labyrinth of the puzzle world—crosswords, jigsaws, riddles, ciphers, Rubik’s cubes—and labyrinths—traveling around the globe and studying under the greatest masters to solve the world’s hardest puzzles and to understand humanity’s obsession with them. Jacobs takes readers on a delightful deep dive into each puzzle form and its devotees. He competes in the World Jigsaw Puzzle Championship. He gets a lesson in chess puzzles from Garry Kasparov. He matches wits with New York Times puzzle editor Will Shortz. He visits the CIA headquarters to see a puzzle even the CIA codebreakers haven’t cracked. In the end, Jacobs shows as how puzzles actually make us better thinkers and better people, and that we all need to adopt the puzzle mindset when approaching life.

But this isn’t just a book about puzzles. This is also a book of puzzles. For those readers up to the challenge, The Puzzler includes dozens of history’s most entertaining and baffling puzzles.  For those who like modern puzzles, The Puzzler also has new, never-before-published puzzles created by top puzzle-maker, Greg Pliska.  Finally, the book contains a hidden contest: a super-challenging  puzzle that earned the first person to solve it a $10,000 prize.

Copies of the book will be available for purchase at the event.

One fun, puzzling door prize to be awarded at the end of the program!

A.J. Jacobs is an author, journalist, lecturer and human guinea pig. He has written four New York Times bestsellers that combine memoir, science, humor and a dash of self-help. Among his books are The Year of Living Biblically and The Know-It-All. He has told several Moth stories, and given several TED talks (here's an example) that have amassed over 10 million views. His latest book is The Puzzler, which Booklist called “ridiculously entertaining,” and The New York Times called “a romp, both fun and funny.” He was the answer to "1 Down" in the March 8, 2014 New York Times crossword puzzle. He is the owner of the world’s hardest and most time-consuming puzzle ever.