Evening Holiday Concert with The New Blue of Yale 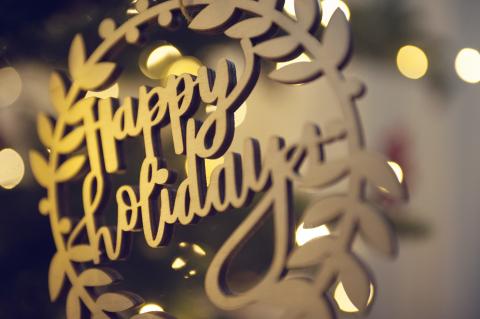 Adults , Everyone
Registration for this event is no longer open.

It's the holiday season! Come and enjoy some festive music with The New Blue of Yale University, an all-female a capella group. They will sing songs of the season and more.

Due to limited seating at both events, we kindly ask that you sign up for one concert only: 4 p.m. or 6 p.m.  Thank you. Strollers will need to be left outside of the Community Room.

About The New Blue

The New Blue is Yale University's first all-women organization. Their group was founded in 1969, the same year that Yale University first admitted undergraduate women. Since 2020, they have been honored to sing with women and also, non-binary folks of note. The singers hail from a rich musical history dating back 50 years, and as such, hope to always stand (and sing!) as a proud, living symbol of change at Yale.

Their first album, "Since You Asked," was released in 1970. Since then, they have produced seven CDs, featuring an ever-changing repertoire exclusively arranged by members. Their 30th Anniversary CD, "Can't Stop," was the recipient of the Contemporary A Cappella Society's award for Best Female Collegiate Album.

In recent seasons, The New Blue has performed worldwide at venues in Paris, Hong Kong, London, Singapore, and beyond. They have delighted audiences worldwide and have sung for former presidents George Bush and Barack Obama.

It's an event not to be missed!