Rebels At Sea: Privateering in the American Revolution 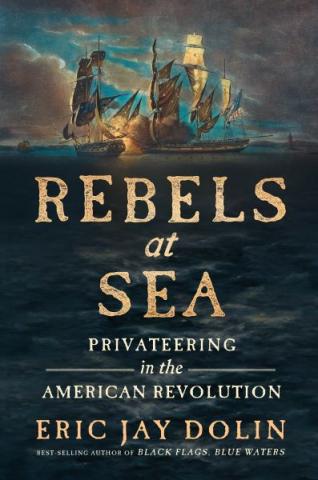 Darien Library, along with the Darien Sail and Power Squadron, welcome Eric Jay Dolin in discussion of his book, Rebels At Sea: Privateering in the American Revolution.

Take a look at the American Revolution in a new light, from the vantage point of privateers who were, in fact, critical to the Revolution's outcome. Listen to tales of daring maneuvers and deadly encounters as these privateers--thousands of them—armed with cannons, swivel guns, muskets and pikes, tormented the British on the broad Atlantic and in bays and harbors on both sides of the ocean.

Eric Jay Dolin is the author of fifteen books, many award-winning, including Leviathan: The History of Whaling in America, which was chosen as one of the best nonfiction books of 2007 by the Los Angeles Times and The Boston Globe;  A Furious Sky: The Five-Hundred-Year History of America’s Hurricanes; and Black Flags, Blue Waters: The Epic History of America’s Most Notorious Pirates.

A graduate of Brown, Yale, and MIT, where he received his PhD in environmental policy, Dolin lives in Marblehead, Massachusetts, with his family. For more information, please visit his website.