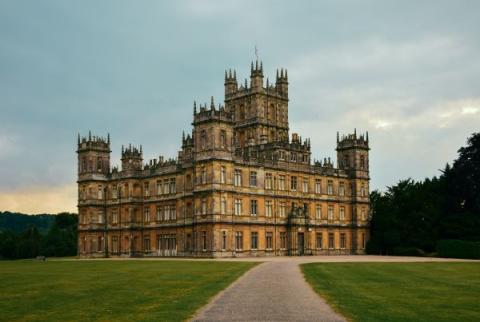 Long before the British Invasion, the cash-strapped lords, viscounts, and dukes of Great Britain shifted their focus from hunting foxes and pheasants to more lucrative targets: cash-flush Gilded Age American socialites who were willing to trade their family’s money for an ancient title and often a chilly reception in the British aristocracy. Fans of “Downton Abbey” and “The Gilded Age” on television and film will delight as Anglophile and former U.K. resident Claire Evans recounts the tales of some of the famously loaded young Americans who infused bank accounts of many stately homes, including close relatives of Winston Churchill and Princess Diana. She’ll also give travel tips if you’d like to create a Gilded Age tour for yourself.

Register for From Uptown Girls to Downton Abbey:  American Gilded Age Heiresses and the British Aristocracy

Claire Evans is a former journalist, attorney, and college lecturer who started her love of most things British as she and her mother watched countless Britcoms on PBS.  She went on to study abroad in London and, against the odds, she married a Brit she met in Peoria, Illinois.  They moved to England, where they lived for a number of years.  Outside of her work for a legal advice charity, Claire became a student of historical sights, pub dining, and tea shops.  Her business, Tea with Claire, grew from friends asking for travel and relocation advice.